The bus was broken.

The 24 guys from Kamloops and Victoria were stuck in the Parking lot at Pheasant Glen Golf Course. And then the fun really began.

In September the boys always got together for a Rider Cup style event with a twist, the best ball match includes what is affectionately known as a TrainWreck clause. The clause invokes an opportunity for your team to lose all of its points if no player makes a net bogey. But I digress. Let’s start at the beginning.

My name is Craig and I am one of the family owners of the sweetest spot on Vancouver Island; Pheasant Glen Golf Resort. I was walking through the golf shop and checking out the awe-inspiring view from the Restaurant deck when I ran into the Kam-Toria crew. 24 fun loving golf nuts organized by the affable Joseph Frenette AKA “Joe the Rugby guy.”

Joe and his crew are all Victorians, classmates in high school and competitors in golf of all abilities scratch to 40 clappers. Each year they hold a “long-weekend” buddy tournament alternating between the ‘Loop and ‘Toria. They picked a few courses and ran their matches on a new track each day.

This year Joe had convinced the guys to give Pheasant Glen AKA “the ‘Fez”, a try. He knew the track because he has a summer place at Horne Lake and I had invited him to come to Pheasant Glen. They had also decided to play three days at one track and cut down in the bus time.

On day two they finished in the early afternoon and were planning to; head for the hotel, clean up their act, have dinner at a local steak house and hit the ‘Gun (Parksville’s Rod and Gun Pub).

Uh oh! The bus was broken. I arrived on the deck to learn the guys were stranded and it would be hours before the bus could take them back to the hotel.

When I moved to the Island and took on the role of “hands on” family owner representative in 2007 I promised the staff Pheasant Glen would be a fun place to work and to play golf. If it isn’t fun why would anyone work or play at the Pheasant Glen?

I checked and at 4:30 on a Saturday in September the Tee-sheet was relatively open. A surprise but also an opportunity.

We stocked up the beer cart and hit the first Tee for the inaugural Kam-Toria golf horse race. The golf shop channelled afternoon nine hole bookings to the back nine.

The event was spectacular chaos. Belly laughs, shanks, chip offs and an assortment of amazing shots of every variety including chip-ins and birdies.
The Kam-Toria guys love fun and this event registered high on their Richter scale.

Two hours later the horse race was done and we returned to the deck to learn that the bus was not ready to roll. The boys settled in for the wait. The kitchen was scheduled to close at seven and the boys were not going to make it to their planned meal.

Our terrific staff agreed to stay on for a couple extra hours and the guys had dinner on the best deck on the Island. They watched a beautiful sunset and the nightly Pheasant Glen “bird ballet”. Starlings by the hundreds cocking weaving, darting and rising in their murmuration.

At 11pm the replacement bus was said to be 10-15 minutes away. Our great Chefs and serving staff had stayed for 4 extra hours and they had to be back at 8 am Sunday. The Kam-Toria guys gave them $500 dollar tip! Wow!

They bought one more round before the doors locked and the bus pulled up.

The Kam-Toria have been back twice since then and they booked again in 2018. They later told me that they had a vote in the bus on the way back to hotel and decided Pheasant Glen would be the home of Kam-Toria every year for all three rounds.

We bought our own bus the next year. We use it for our expanding high school golf program (more on that later). Oh yeah, we also use it to transport the Kam-Toria guys and other buddy tours to and from their hotels. Check us out at Pheasantglen.com for information and packages for your group.

Pheasant Glen, a fun place to play. A spectacular view from the Restaraunt deck. A great golf course for all ages and abilities. Maybe the best conditioned golf course North if the awesome private clubs in Victoria.

Come check us out. You will have fun. 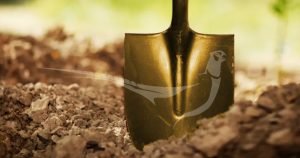 Join our Ground Breaking, Golden Shovel Ceremony to kick-off construction of the Multi Use Resort Community! 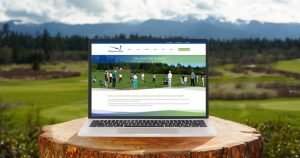